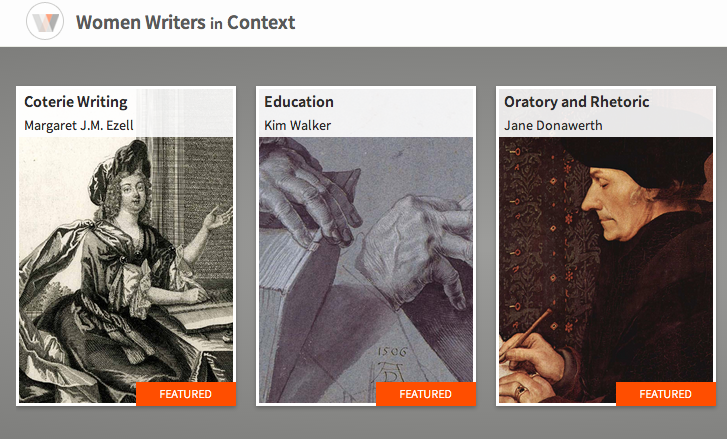 The concept of modeling as proposed by Willard McCarty in his book Humanities Computing was at the same time useful and very intriguing as I was getting more interested in transformative interventions that Digital Humanities or Digital Studies allow.

Women Writers Project archive is an example of applying a TEI model on literary works written by women writers and the opportunities that this model offers for representing, understanding, reading, and preserving the works of women. 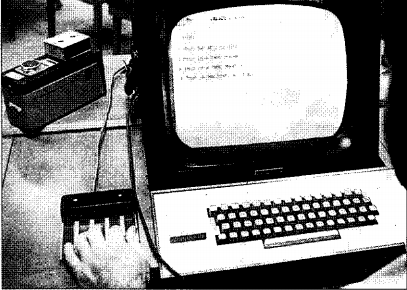 2. Working Together, by Douglas Engelbart and Harvey Lehtman

“Though this be madness, yet there is method in it”

Most of my research focuses on the physical and performative communication strategies employed in moments of political activism. Dean’s essay works as one path into DH, allowing me to explore digital activism and the implications of what Dean calls “the post-political formation of communicative capitalism.” She raises important questions about the political impact of networked communication technologies arguing that digital spaces are depoliticizing and that they normalize our acceptance of unresponsiveness, in lieu of mass communication.

Like many of the pieces I study, Nold’s map represents how subjectivity enters into affective computing in encountering technological infrastructures and cities as systems of ideology. I feel that, in relation to the Digital Humanities and Digital Studies, such works help unravel why critical approaches are needed for such representations and the archives they draw from, as they can contain interesting ideological nuances that magnify standing debates on the intersections of affect, data, and surveillance.

I would like to present a database of Intangible Cultural Heritage that we worked on with Fundacion Erigaie in Colombia in 2007. I want to stress the process of designing this database with available technologies (MS Access) and further discussions that emerged on technical knowledge restrictions. What was at the center of our design was a critical approach to state categories for classifying Intangible Cultural Heritage, something that we projected into our tools for classifying and gathering information.

The work of Lebanese artist Walid Raad, as exemplified in the Atlas Group projects, the Arab Image Foundation, or his more recent Scratching on Things I Could Disavow, has been essential to my own encounters with archive-construction in the Digital Humanities. As I look at both the new archival projects under construction in DH, or the new platforms emerging to support such efforts, I’m thankful for the ways that Raad’s work reminds us of the imaginative and speculative potential of archiving.

On Arriving at the Digital:
Describing Critical Paths into the Digital Humanities
HASTAC 2014 Lima, Peru, April 27, 2014

This workshop will provide a space to discuss the texts, archives, practices or projects you bring to or blend with the Digital Humanities in order to create a space for critical, reflective and transformative work. We seek to form a collectively-authored bibliography or archive that not only illuminates your own paths into DH for others, but captures the field in a state of transition and formation.

For most, the Digital Humanities, or Digital Studies more broadly, is not a space of origination, but a space of destination – and not one that all have felt immediately ready to enter. Many scholars have only found a way in to the Digital Humanities by bringing their own subjects, critiques, epistemologies or languages to the conversation, augmenting and extending the field. This process has resulted in some of the field’s most vital and growing conversations – namely, those that include critical approaches to race, gender or transnationalism as vital to understanding the intellectual, social and political potentials of digital archives and platforms.

Our workshop is open to all HASTAC conference attendees. We ask only that participants send us ahead of time an example – in any language – of an article, book, archive, or object from “outside” the Digital Humanities that has been important to their experience of the Digital Humanities as a transformative space. In anticipation of the workshop, we’ll compile these examples and share them online. For the workshop, we’ll spend time in small groups comparing these examples, and then gather as a large group for discussion informed by a single text, announced ahead of time, and chosen to capture some of the common issues and dynamics at work among the paths represented in our group.

To participate, please fill out the webform at go.illinois.edu/HastacCFP, and we’ll add your reference to the online repository in anticipation of the event.

We are an interdisciplinary group of graduate students and faculty from the University of Illinois who are largely new to the Digital Humanities, but who share a common curiosity and excitement about the potential they offer for enacting institutional change. We’re excited about how Digital Humanities scholarship has made room for analyses of technologies as not only technical but cultural.  Our group’s base questions lie less in examinations of DH than in understanding how technologies – in their technical, social, and representational capacities – enact culturally-specific values. We see the Digital Humanities as both a site where such processes take place – through the creation of new technologies and platforms – and as a place where scholars can study such processes together. The Digital Humanities also, importantly, offer us at least an excuse, if not a mandate, for posing alternative, transformative processes and technologies for learning, archiving, collecting, sharing.

We are very excited to see the release of Networking Peripheries, the great new book from Anita Say Chan, a faculty in our cohort whose ideas and scholarship have been central to our conversations thus far. A review from Christopher Kelty, editor of Limn:

Anita Chan’s outstanding book stages a fascinating contest over the stubborn difference of human culture and the universalizing aspirations of the Internet and digital culture. Her tour of contemporary Peru shows the reader how Chulucanas pottery can become the digital future of the country and cheap American laptops an object of local artisanal struggle. Whether it is IP Law, entrepreneurialism, software coding or educational technology, she elaborately details the surprise that comes of experiencing a cultural difference in exactly the place one expected more of the same. Networking Peripheries is that rare book that captures the integration of the necessary particularity of life, and universalizing pressures of global technology, finance and politics. It joins a growing body of scholarship that provides rich, well-researched alternatives to the boring echo chamber of Internet punditry.

For more you can also see this week’s review in Nature. Congratulations Anita! 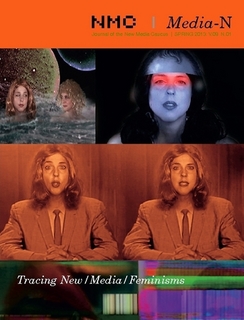 Seeing Systems faculty Terri Weissman and Kevin Hamilton are co-editing the second of two issues of Media-N, the Journal of the New Media Caucus of the College Art Association. The 2014 edition of the journal will be themed around the theme of Art & Networks: Revealing, Critiquing and Composing Global Infrastructures.

END_OF_DOCUMENT_TOKEN_TO_BE_REPLACED

Learning to See Systems, a new graduate working and study group, invites applicants for participation in a two-year program of research, study, and exchange around a common question:

How can we make visible the values and epistemologies embedded in complex technological systems?

Relevant work under this question could include scholarship on contemporary or historical subjects from across the Humanities, Arts and Social Sciences. Though the “system” as an idea is sometimes more often associated with forms of modernity, we seek the broadest possible context for our conversation, and encourage applications from scholars working in all time periods and settings.

Available are six Affiliate positions. The Affiliates will work together with the program faculty and a group of new incoming Fellows to establish a new campus hub for work on the history, critique and production of the “system” as a feature of modernity.

Affiliates will agree to take two courses and give one talk on their work over two years. In exchange they will have access to research funds for work and travel, as well as a chance to collaborate with others on an exciting new venture.

Together with the larger group of Fellows and Faculty, Affiliates will contribute to a new experimental space of production and exchange focused on the idea of the “system” as both a subject of research and a mode of doing research. Our new lab space will support critical exploration of the new scholarly tools often found under the Digital Humanities through workshops, collaboration, and visiting talks.

Interested graduate students should review the group’s full mission and course listing at seeingsystems.illinois.edu, then submit a letter of interest describing their work in relation to the theme.

Send the letter, cv and a brief one-page letter of support from your advisor to Program Director Kevin Hamilton at kham@illinois.edu. All materials should be received by May 15. Successful applicants will be notified by June 1.