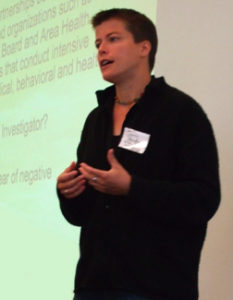 Jenny Reardon is a Professor of Sociology and the Founding Director of the Science and Justice Research Center at the University of California, Santa Cruz. She is the author of Race to the Finish: Identity and Governance in an Age of Genomics (Princeton University Press, 2005) and The Postgenomic Condition: Ethics, Justice, Knowledge After the Genome (Chicago University Press, Fall 2017). She has been the recipient of fellowships and awards from, among others, the National Science Foundation, the Max Planck Institute, the Humboldt Foundation, the London School of Economics, the Westinghouse Science Talent Search, and the United States Congressional Committee on Science, Space and Technology. 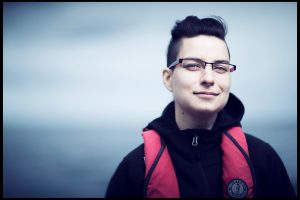 Max Liboiron is a scholar, activist, and artist. She is an Assistant Professor in Geography at Memorial University of Newfoundland, where she directs Civic Laboratory for Environmental Action Research (CLEAR), a feminist marine science and technology laboratory that specializes in citizen science and grassroots environmental monitoring of plastic pollution. Her academic work focuses on how invisible yet harmful emerging phenomena such as toxicants from marine plastics become apparent in science and activism, and how these methods of representation relate to action. Liboiron also runs Discard Studies, an interdisciplinary hub for research on waste and wasting. Prior to her position at Memorial, Liboiron was a Postdoctoral Fellow with both the Social Science Environmental Health Research Institute at Northeastern University and with Intel’s Science and Technology Centre for Social Computing. She holds a Ph.D. in Media, Culture, and Communication from New York University.